Day 63 - June 7
Mile: 820.6 to 835.8
up/down: 3100/2850 feet
New trip bird: Black Swift
New Fresno County birds: Black Swift, Black-headed Grosbeak, Pygmy Nuthatch.
I'm not sure how to describe today. Pick a superlative and apply it to everything we did and saw. It was really that good.
We left our camp near the outlet of Lower Palisade Lake at 10600 feet elevation and followed its creek to the bottom at LeConte Canyon and the Middle Fork Kings River. Palisade Creek was swollen with snowmelt and even in the cold morning was tearing down the canyon. At the intersection of the two rivers we had hit the low point for the day at 8200 feet. 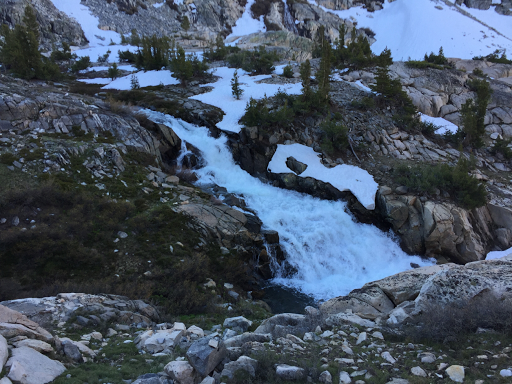 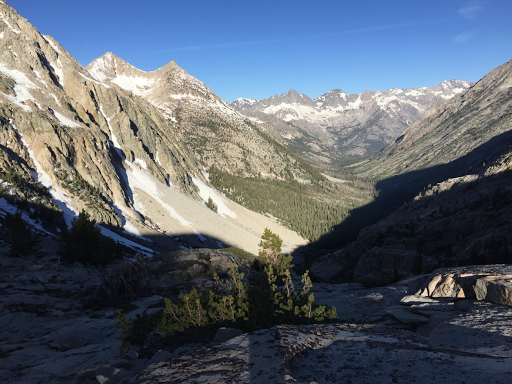 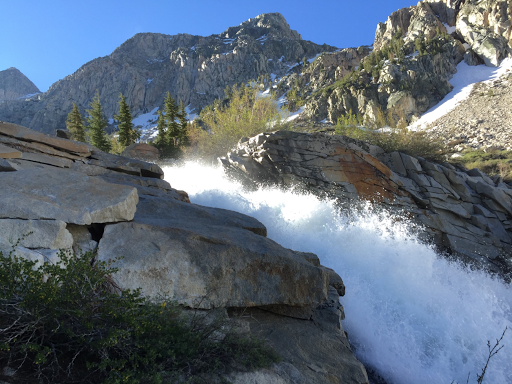 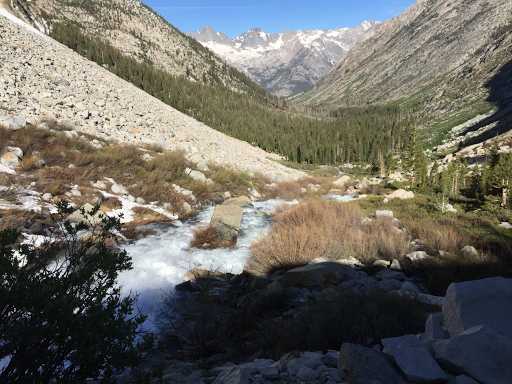 We turned north and followed the Kings toward its source through the incomparable LeConte Canyon. For several miles we strolled gaining only a few hundred feet elevation and watching the river rip through the canyon. The sound was deafening at times requiring a near yell to converse only feet away. And there were side streams pouring out of the canyon walls adding to the tumult. Susan picked out some soaring Black Swifts near one of the waterfalls. 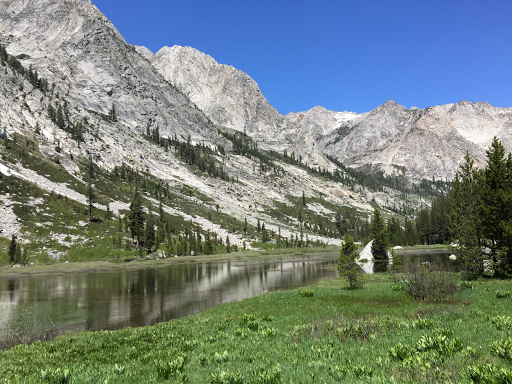 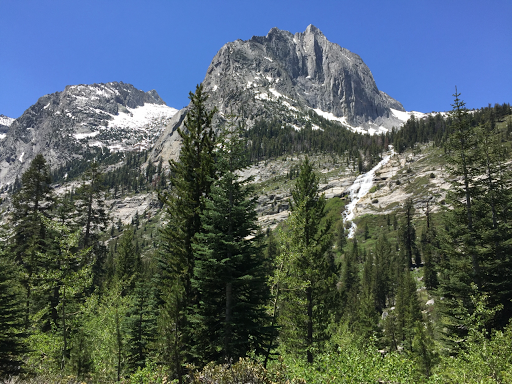 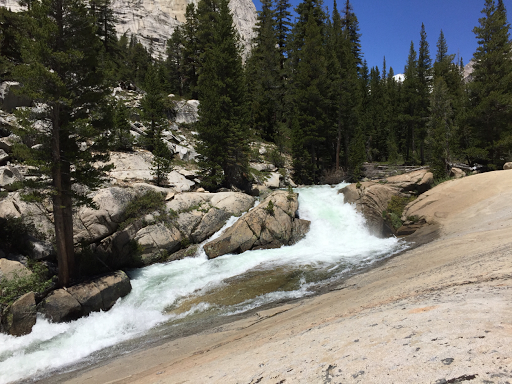 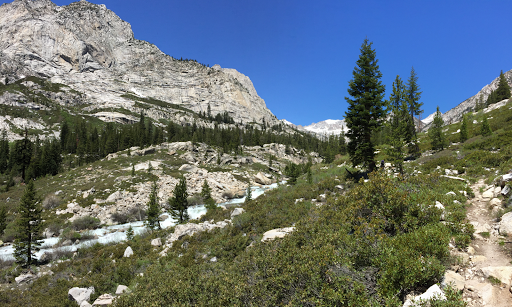 Near the head of the canyon we crossed the impressive Dusy Branch on a bridge, thankfully. We continued up past Little Pete and Big Pete Meadows reaching the head wall where the serious climbing began. We are aiming for Muir Pass in the morning and wanted as much elevation as possible. Muir Pass is not technical or particularly steep like the passes we've done but has miles of snow fields to cross, particularly on the west side. We want that done before the snow softens at mid day. 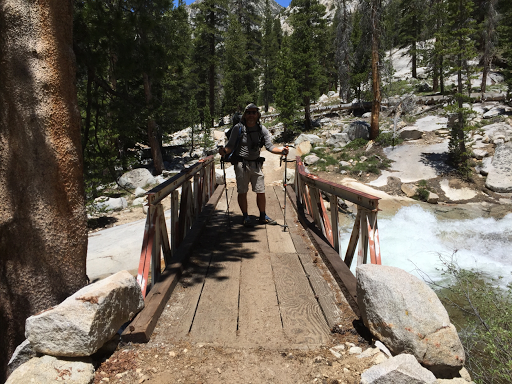 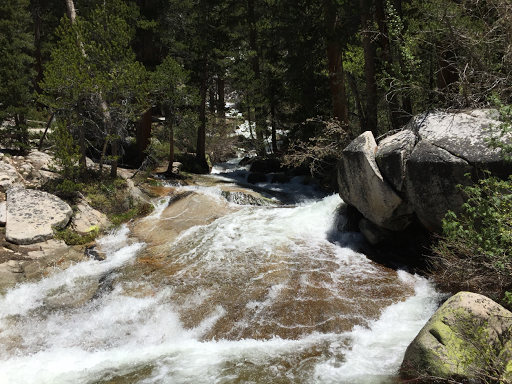 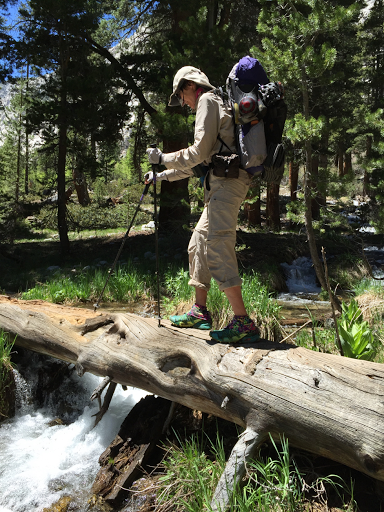 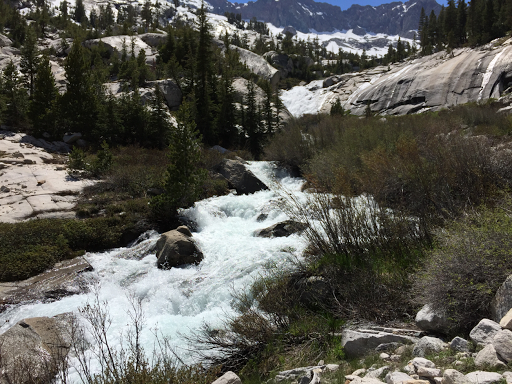 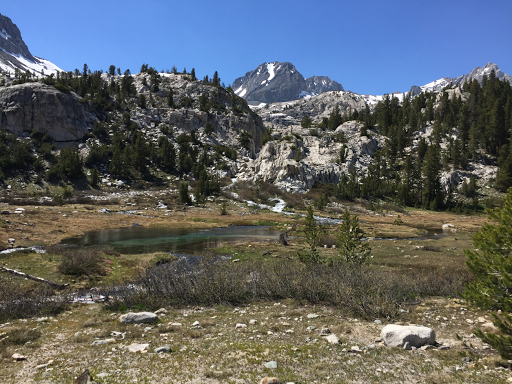 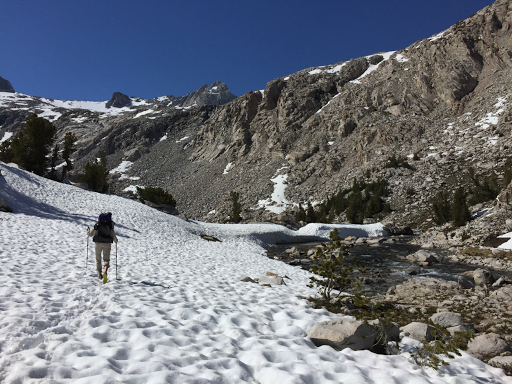 We are camped at 10700 feet in the last bit of bare dirt before an enormous snow field and more climb. We made it to within 2.8 trail miles of the pass, a little less if we strike out cross country. We'll be at it early tomorrow. 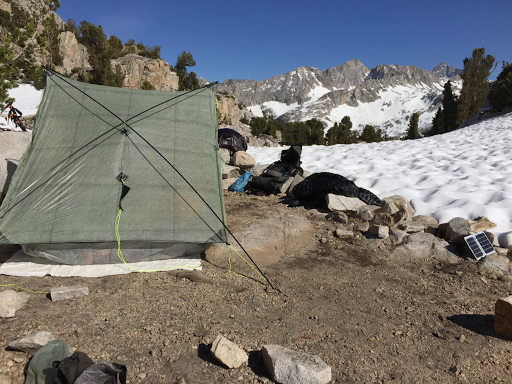 Our feet stayed dry for over two hours this morning! That ended as we turned up LeConte Canyon and forded dozens of side streams. The final crossing was of the Kings itself but near the top and in an area where the river was split into several braids. Still, it was ice cold and swift. 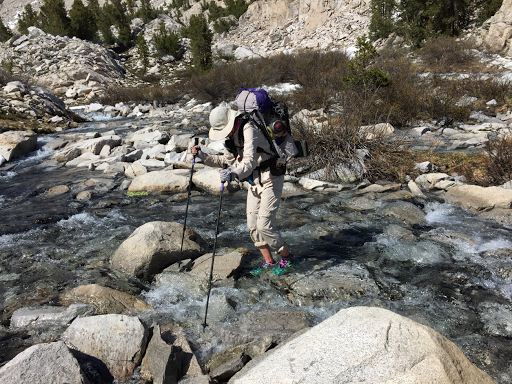 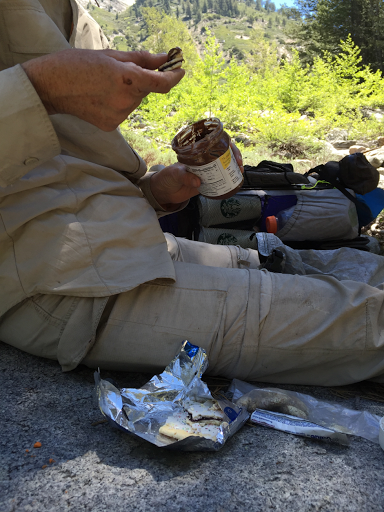 Email ThisBlogThis!Share to TwitterShare to FacebookShare to Pinterest
Labels: PCT