When we last left our heroes, they were stuck in another Malagasy town…

Another long afternoon waiting while our guide and ground agent attempted to sort out our transportation options, but at least this time in an open air restaurant near the ocean, so it wasn’t too awful hot. We need to get 500 kilometers to the capitol and pick up our bus for the next part of the trip – a driving expedition of eastern rain forests. At about 3 pm our guide JJ came running in and said, “Let’s go”! Because “Air We May Not Ever Fly Again” couldn’t guarantee a flight the following day we were driving in our two SUVs all the way to Tana. Off we went on a very rural road into the waning afternoon light. Our drivers know this country and made great time. But late in the evening, in some tiny village way off the beaten path, we were stopped at a routine road block by the national police. A quick conversation ensued between our driver and the big dude with the gun. We aren’t going anywhere, the road is closed. No idea why. And we waited, and waited. Six hours smashed in a cramped car trying to catch a few winks… Finally at 3 am we were let go and drove the final two hours to the city of Antsirabe where we checked into a hotel for a couple hours sleep and some breakfast.

Then we were off again, road weary but still moving, to the capital. We got our new bus and continued on to Andasibe and two close-by national parks in the rainforest. It was nice to be back on schedule and using only ground transportation for over a week. We visited both parks – Mantadia and Analamazaotra – adding bunches of new birds and mammals. This is Ground-roller country and we finally got our first of the family, a Scaly Ground-roller. Ground-rollers are a lot like pittas of the tropics, skulkers of the deep forest. It took a while to see the bird and we only got fleeting glimpses, but it was enough. Very cool! We also saw another member of the Asity family, a Velvet Asity, which was amazingly beautiful. We got our first views of Indri, the largest living Lemur. And boy can they howl!

We are heading south now to Ranomafana National Park for a few days. You can’t believe how nice it is to just be touring again…

Teeth chattering, bone jarring, mind numbing, stomach churning… The nine hour drive north to the Tsingy forest on a dirt Malagasy road was the stuff of legend, or at least we won’t soon forget it. We did pick up a couple new birds along the way to break up the tedium. And the two ferry crossings could have been right out of a Bogart movie. The highlight of the day was the lunch destination – the gourmet restaurant called the Mad Zebu, catering to park-bound tourists, was outstanding. 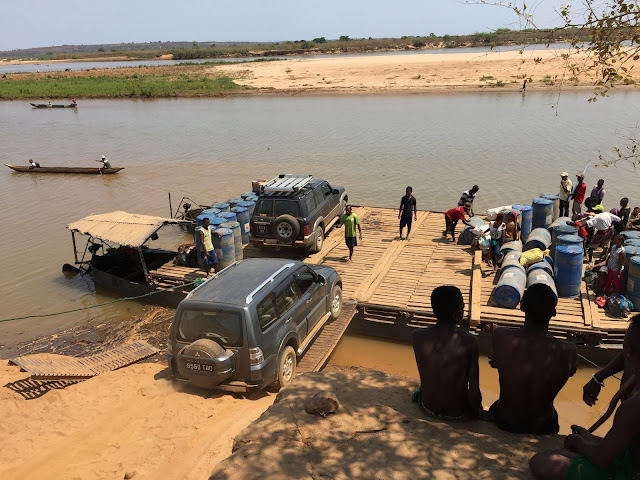 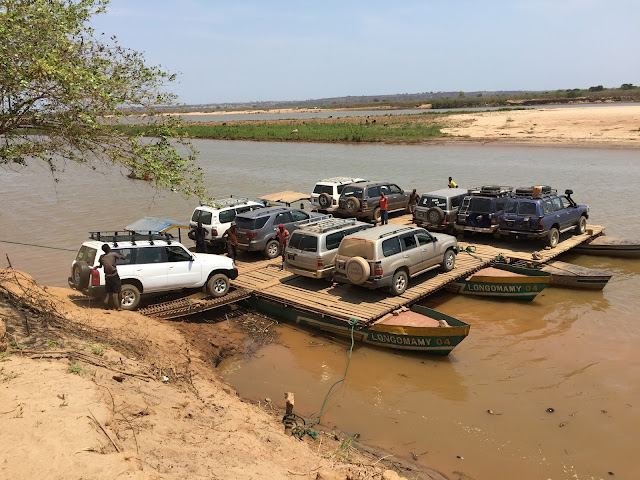 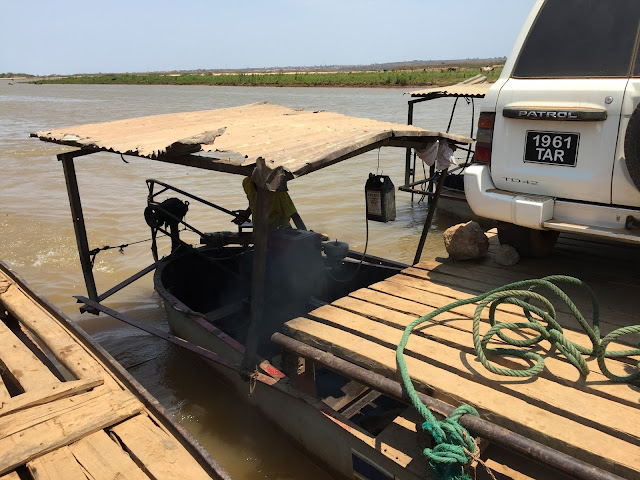 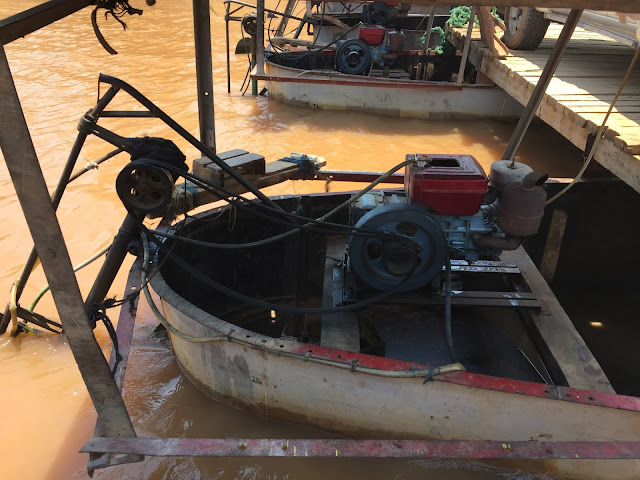 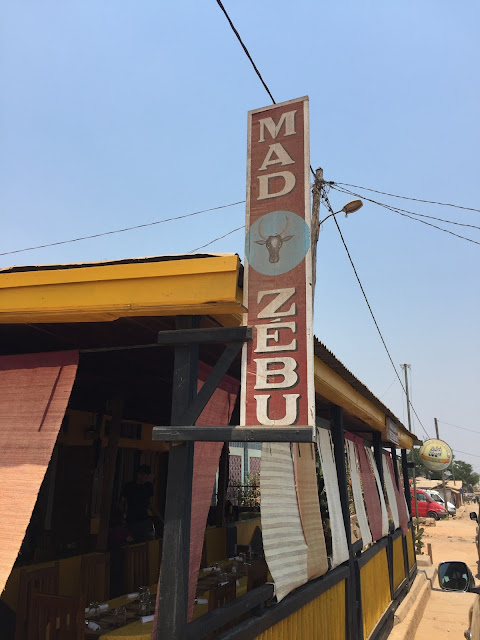 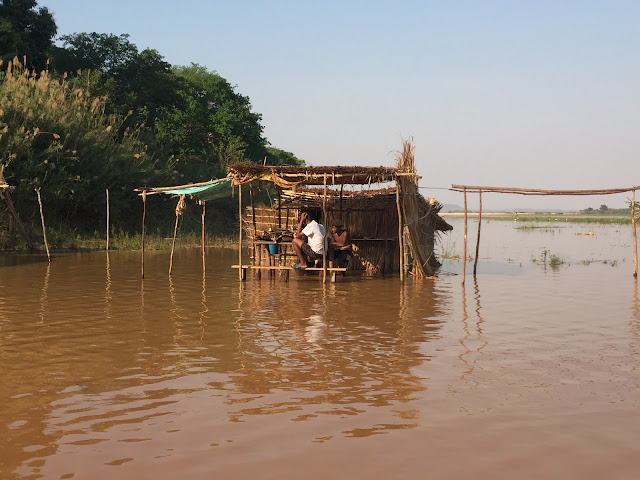 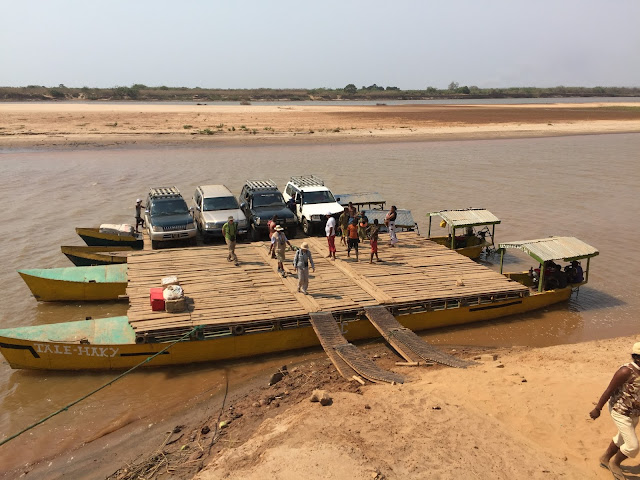 As an alternate to our missed connection to Masoala National Park, the Tsingy of Bemaraha National Park (a UNESCO World Heritage Site) turned out to be a grand time. After a restful evening, the next morning had us venturing to the park for some outstanding birding an a hike/climb of the famous Tsingy Limestone formation. We knew we were in for some fun when the local guide broke out the climbing harnesses before we started out. Those who know of Susan’s acrophobia will be shocked to learn of her smile of anticipation and eagerness to jump in with both feet. We were off.

The climb was everything and more – fixed lines in the razor-sharp limestone along a set path, fun class 3 climbing moves, and epic views. There was even a long swinging suspension bridge over a chasm that terrified me to no end. What fun!! 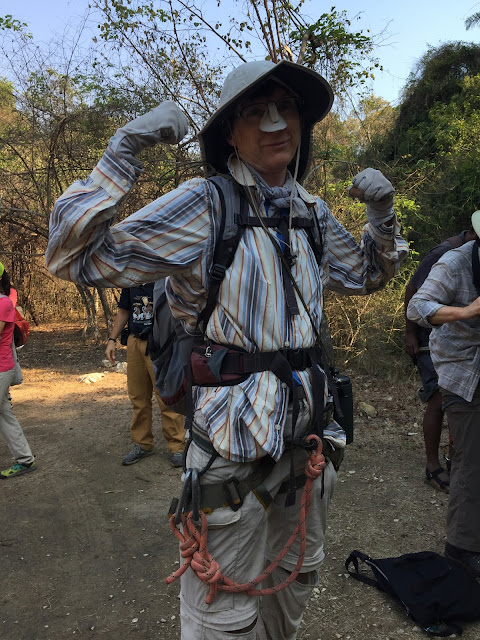 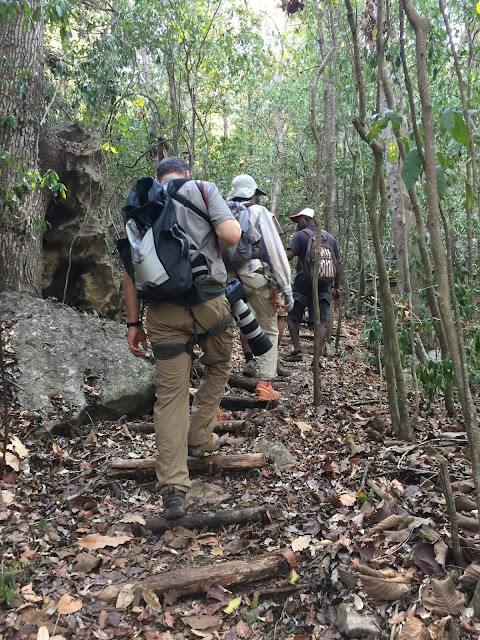 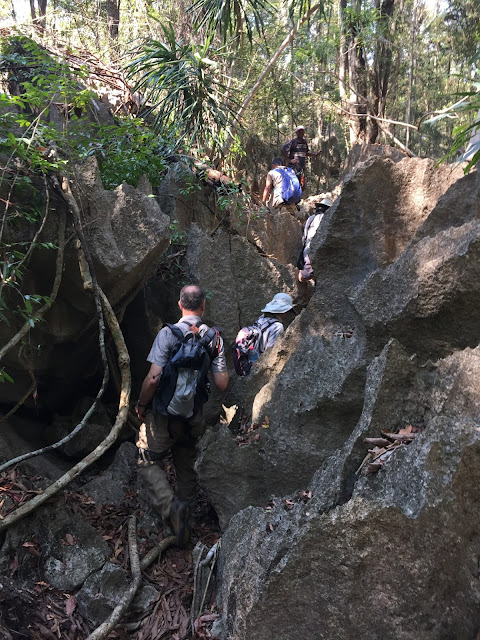 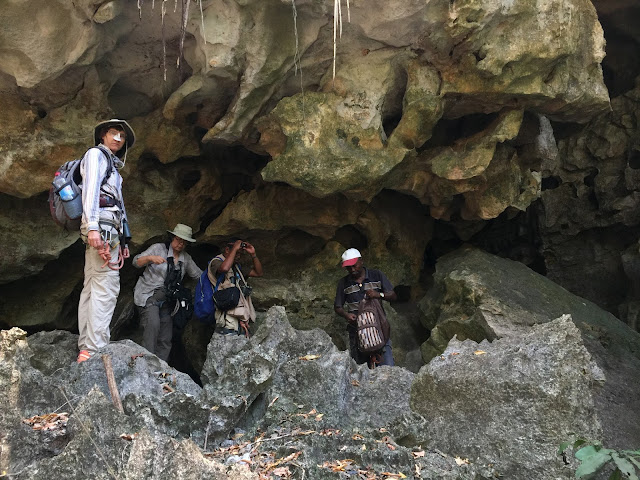 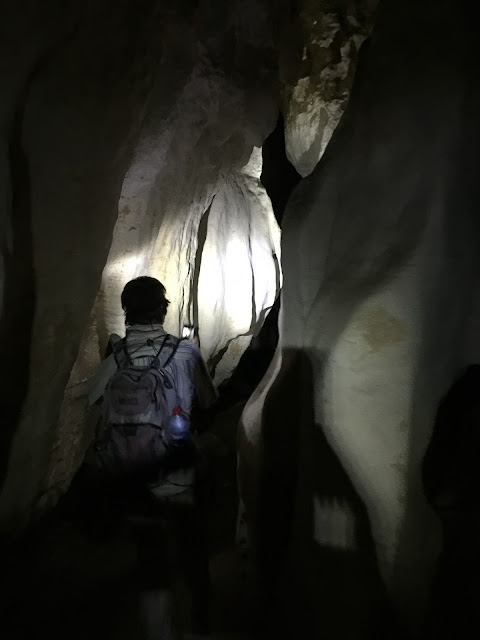 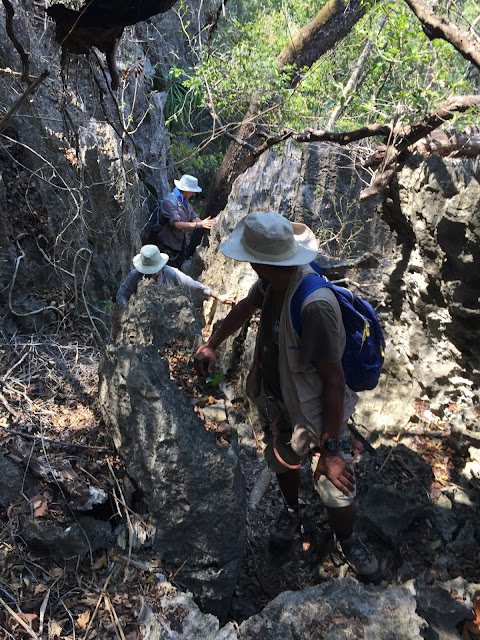 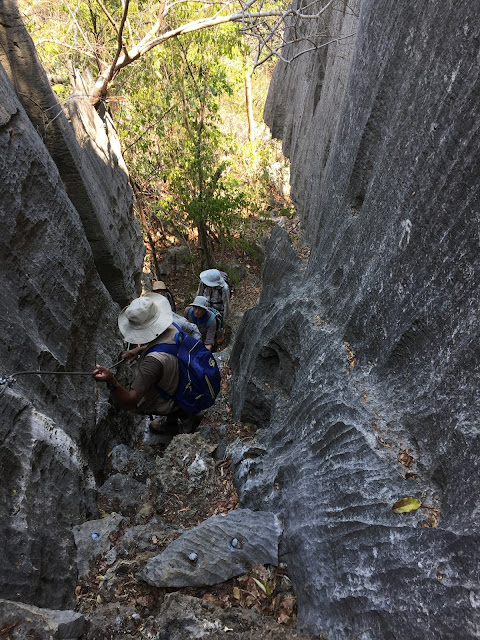 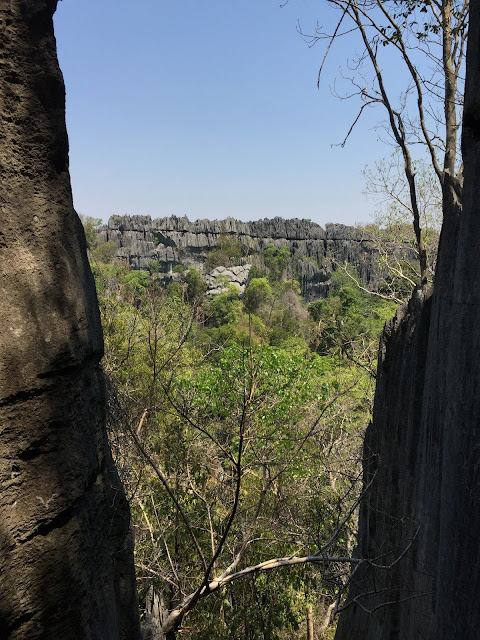 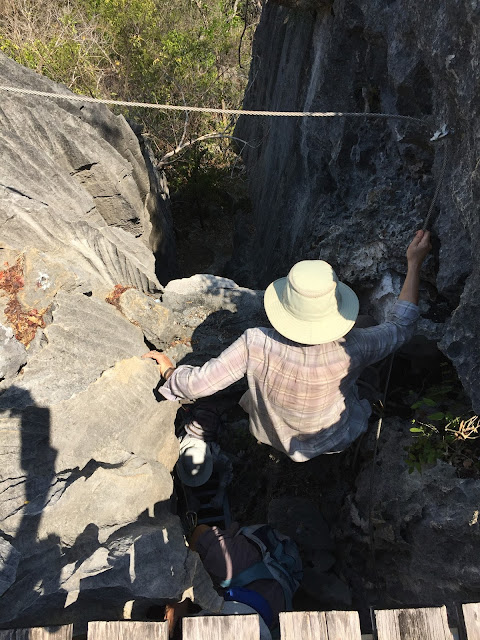 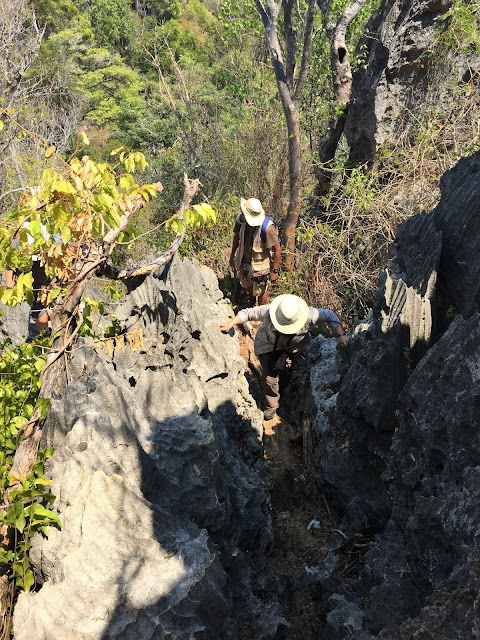 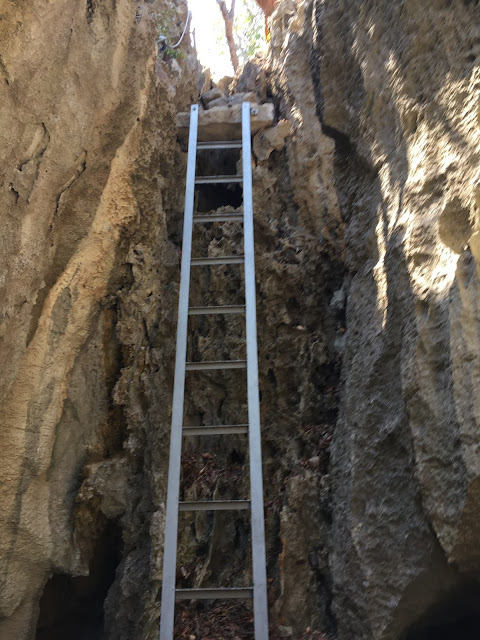 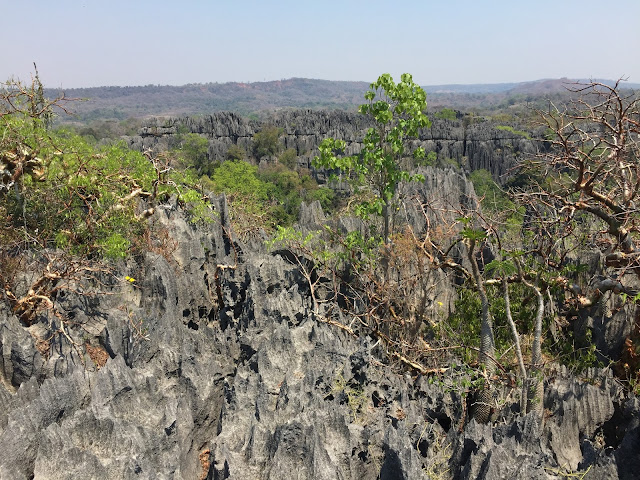 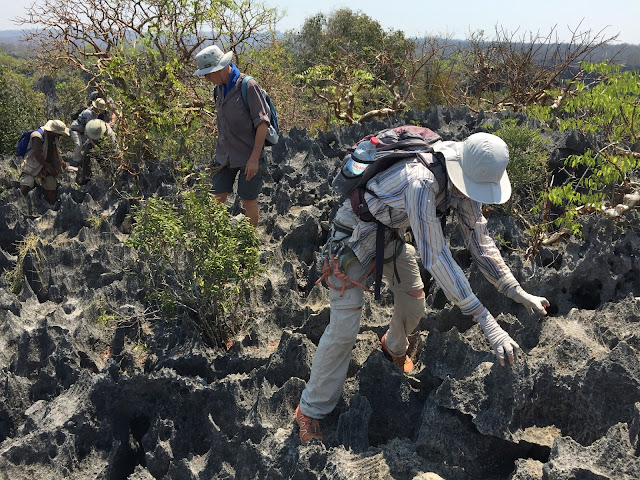 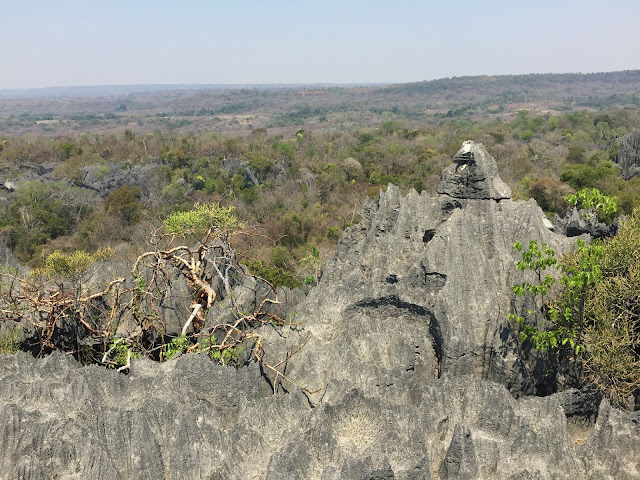 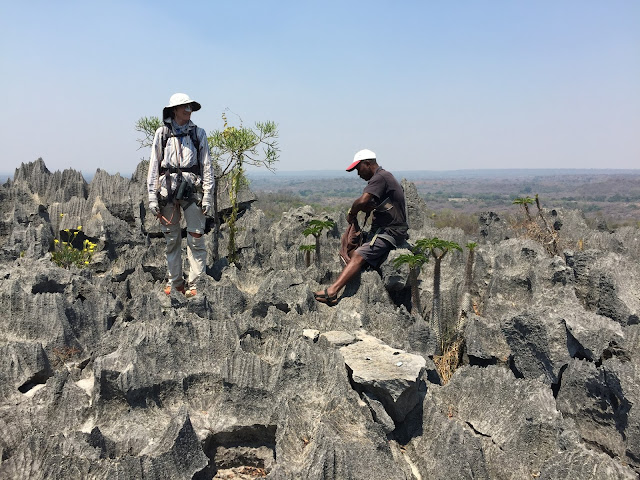 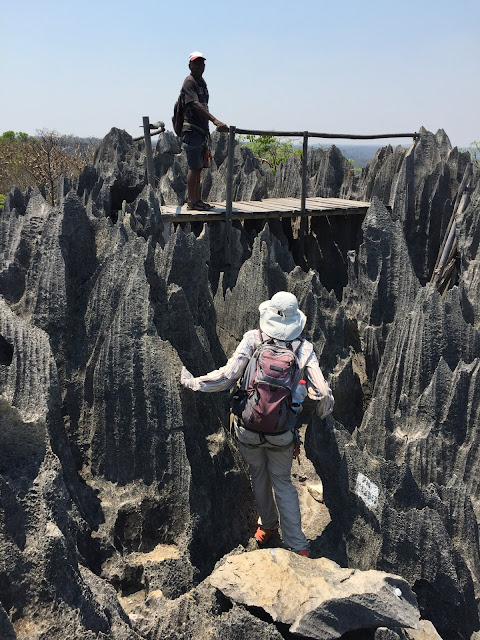 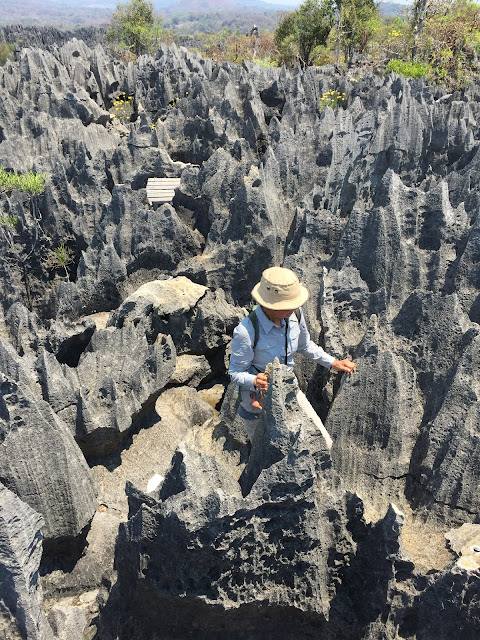 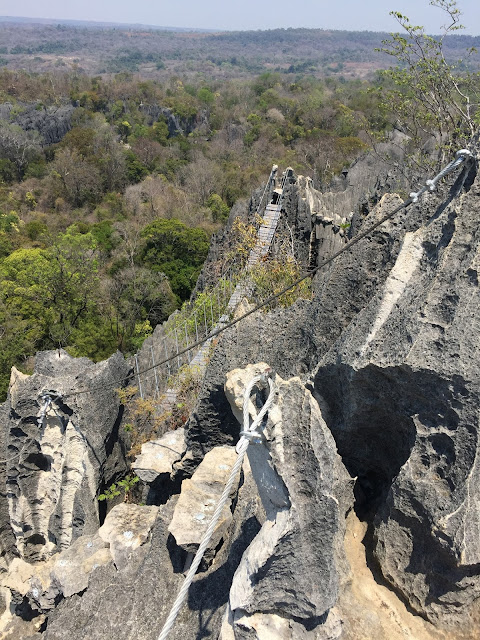 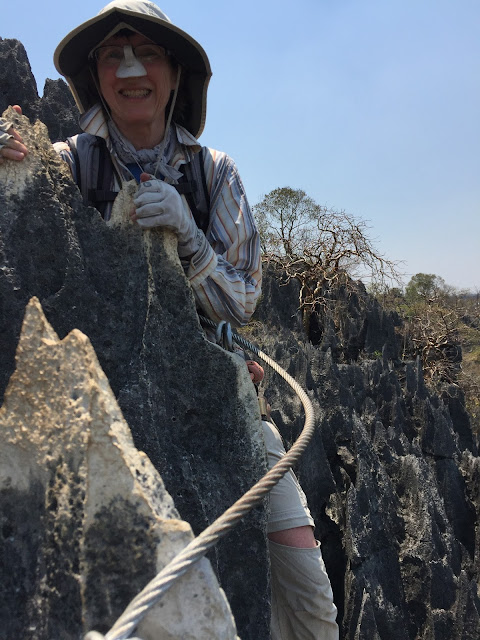 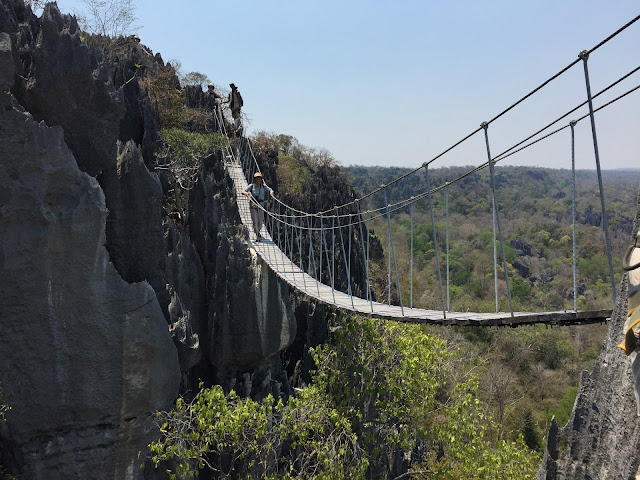 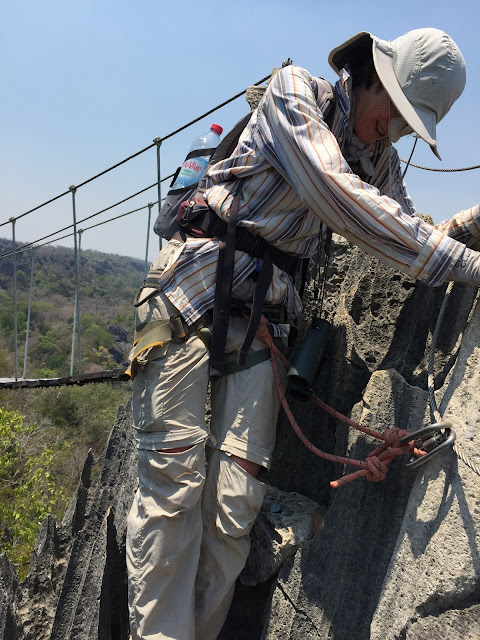 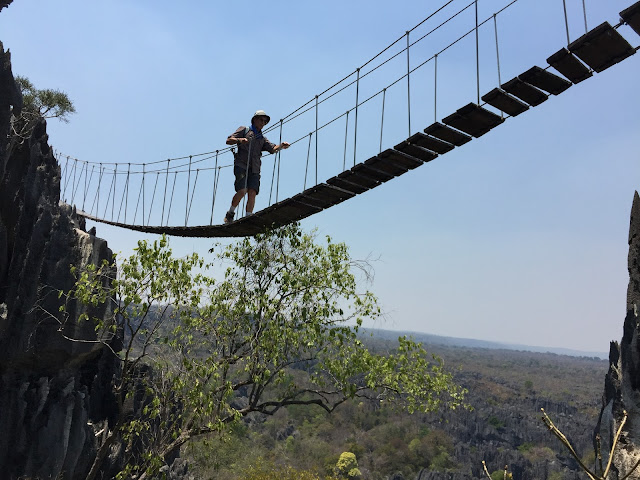 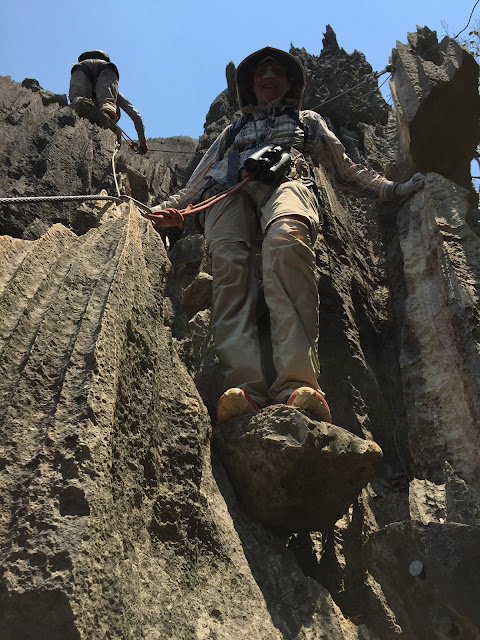 As this was an out and back trip of limited time to get back on schedule, we started back the next morning. Lunch again at the Mad Zebu! We had one more evening available to us and stopped a couple hours short of the airport at the Kirindy Forest Reserve for an afternoon and night walk. The lemurs and birds were fantastic. At sunset we saw the local Fosa, a giant predatory mongoose. The night walk produced pair of Fork-marked Lemurs grooming on a high tree branch. Later that evening we saw the worlds smallest primate, Madame Berthe’s Mouse-Lemur, and the rabbit-like Giant Jumping-Rat. We had a couple hours in the morning for another walk and found the hard to see Striped-tailed Mongoose and had amazing views of Madagascar Buttonquail.


Then it was on to town for our flight east, except Air Madness cancelled our flight – again. As I type this I have no idea how we are getting out of this town and on to the rest of our trip…
Posted by Bob Steele at 11:46 AM 1 comment: