This trip was to be our big backpacking outing of the summer - a week spent exploring some pretty remote locations and connecting to areas we've been before and loved. But only days before our departure all the August fires in California started filling the state with smoke. On an outing just two days before we left, we hiked in Yosemite with virtually unbreathable conditions (it got worse as the day went on). But the day before cleared locally, so we decided to go for it. So glad we did. For the most part of our 7 days out we had near perfect conditions. Occasionally a little haze would be evident, and the last morning started out pretty awful, but it all worked out in the end.

Our route would take us up and over Piute Pass and down into Hutchinson Meadow, an area we've been many times. From Hutchinson though we would ascend the steep canyon wall and explore the two forks of Pinnacles Creek separated by the amazing Pinnacles ridge. From there we crossed and obscure peak (pass) and dropped into Three Island Lake. Following that drainage down we turned up the East Fork of Bear Creek and climbed into the Bear Lakes Basin. We left Bear Lakes via the south exit over Feather Pass before descending to French Canyon. A climb up the south wall of French got us to Alsace Lake for an evening. Another obscure pass on the east shoulder of Pilot Knob had us returning to Piute Canyon in the Humphreys Basin. A traverse of this basin put us at Piute Pass again for the quick trip down to the trailhead. This route was completely invented at home staring at topo maps and reading various trips reports from others. It worked out perfectly to make a complete circuit around the beautiful Seven Gables (Peak) and visit some of the most beautiful and remote country in the Sierra Nevada. The vast majority of the trip was above 10,500 feet elevation, reaching as high as 12,320 feet at Feather Pass. About 2/3 of the trip was off trail.

Birding in the High Sierra in late August typically has much less diversity as earlier in the season. Breeding is over and many of the neotropical migrants have moved on. But it is migration season so anything can happen. And for us on this trip it was raptor migration that was amazing. Not so much the total numbers, but the variety. We had both eagles (Bald, Golden), three falcons (Peregrine, Prairie, American Kestrel), two accipiters (Cooper's, Sharp-shinned), Osprey, Red-tailed Hawk, and Northern Harrier. Out of 50 total species seen on the trip, 10 were raptors! All above 10,000 feet elevation!

I will include a sample of our eBird lists below, but its not all inclusive. Susan did 23 lists on our travels. 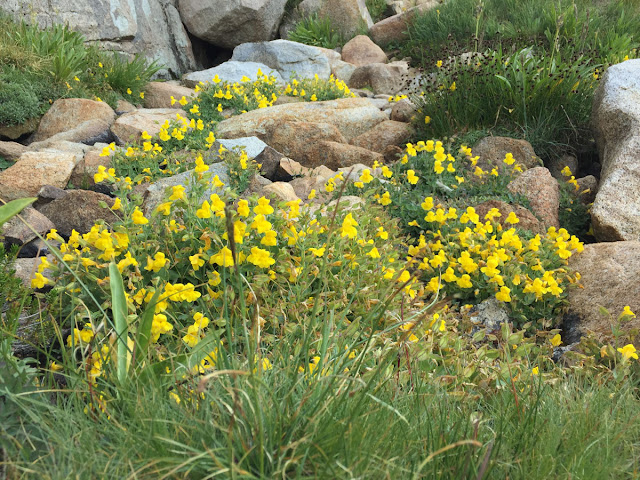 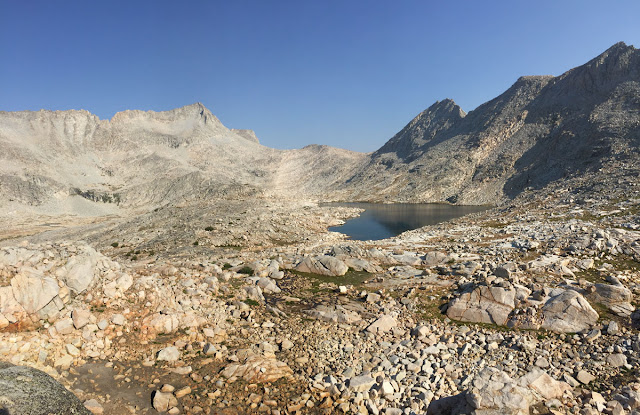