December brings to mind a winter wonderland -- snow, cold, Santa Claus, that sorta thing.  Not this year in the southern Sierra so far.  Our snow has been minimal below 10,000'.  This has allowed us to hike to places that we wouldn't have the legs to snowshoe to.

We have been to Grass Lake, Blue Lake, the Second Big Pine Lake, and the Bishop Bowl.  None of them required snowshoes.  Sad.  Even sadder we could have made it to Second Lake in trail runners.  At Second Lake we even had time to explore the tunnel put in by farmers back in 1895 to enhance autumn water flow into the valley and the dam DWP started to put in back in the 1920's.  The dam attracted too much negative press and DWP stopped work in the Sierra and created their hydropower operation in Owen's Gorge, which is one reason we have Crowley Lake today.

In addition to a lack of snow, it has also been warm, we are talking 70 degree temperatures in the valley.  The heat is affecting us in the mountains.  Sabrina Lake had not iced over and had a Common Loon on it.

These are beautiful locations, made more so, with the addition of snow higher up.  Enjoy. 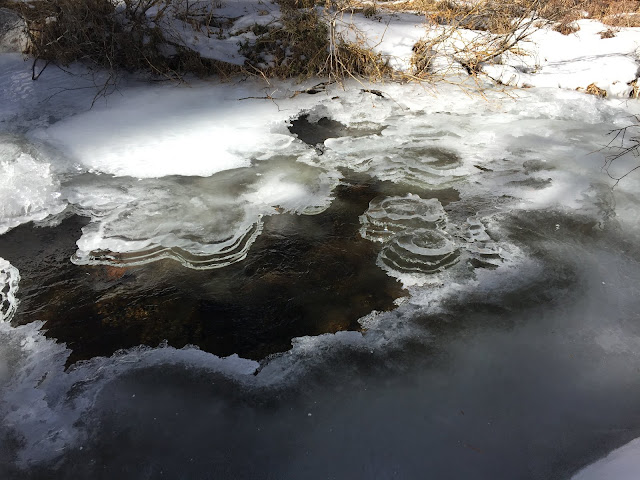 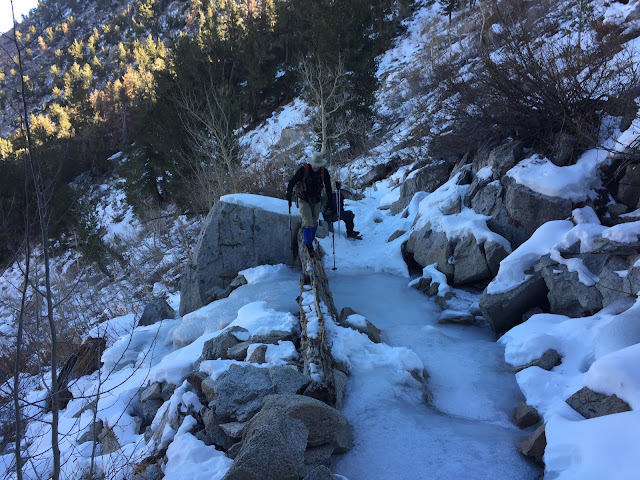 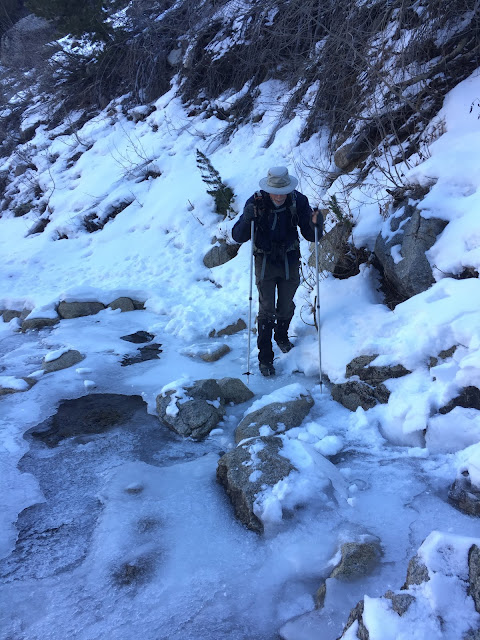 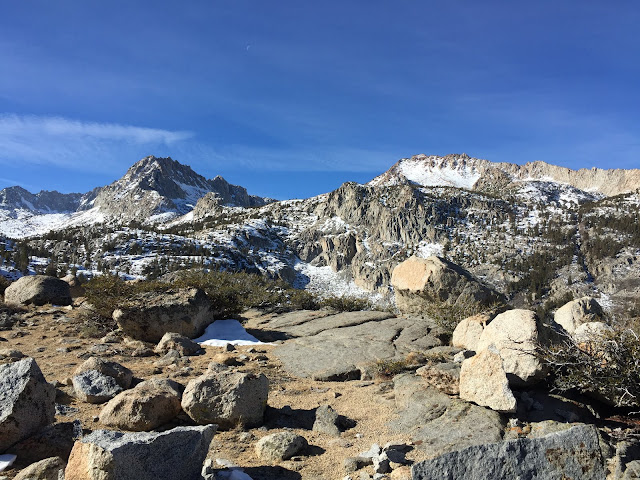 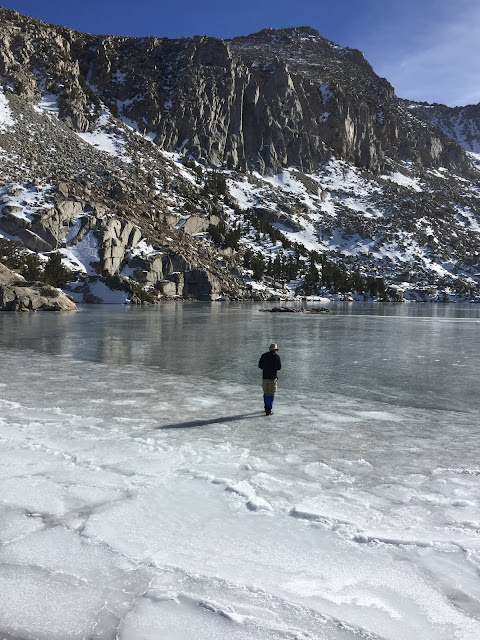 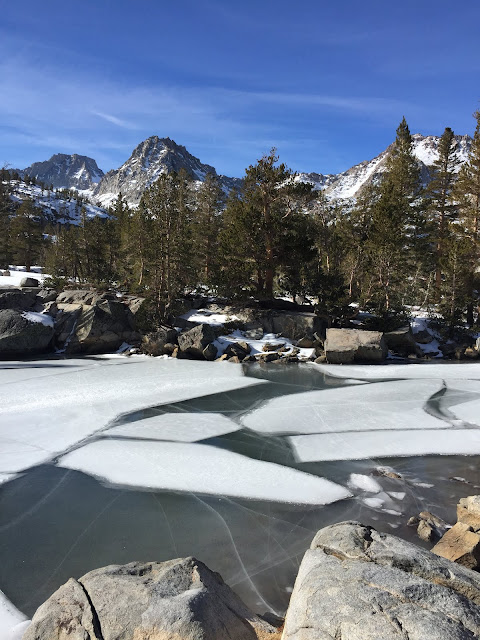 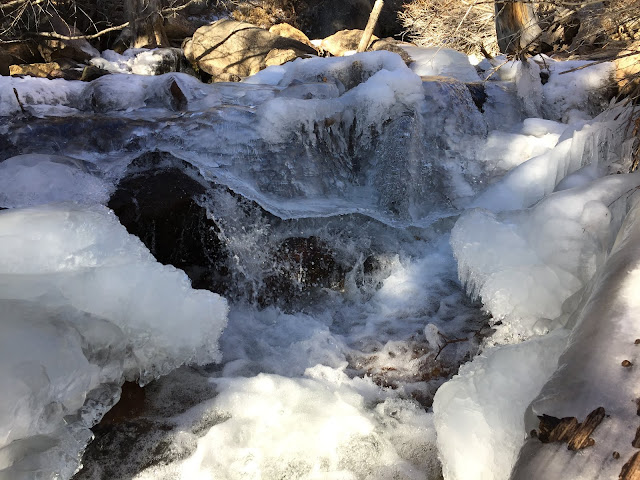 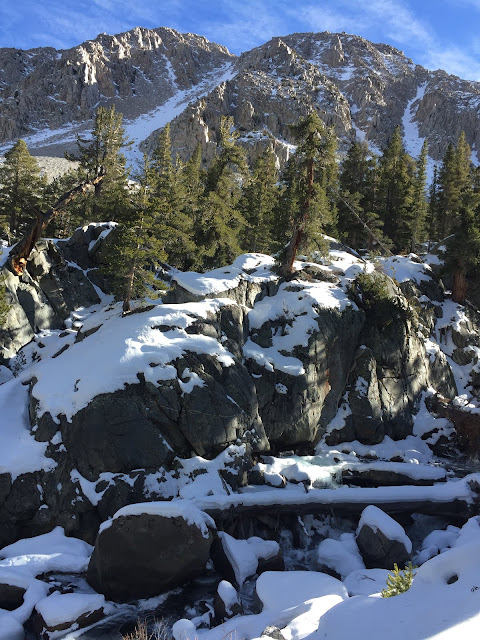 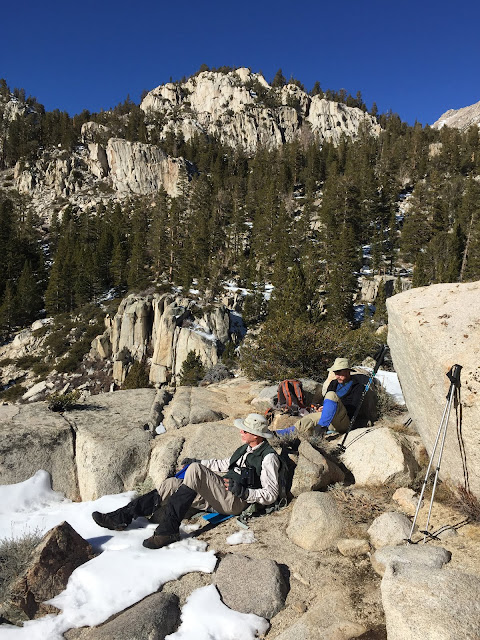 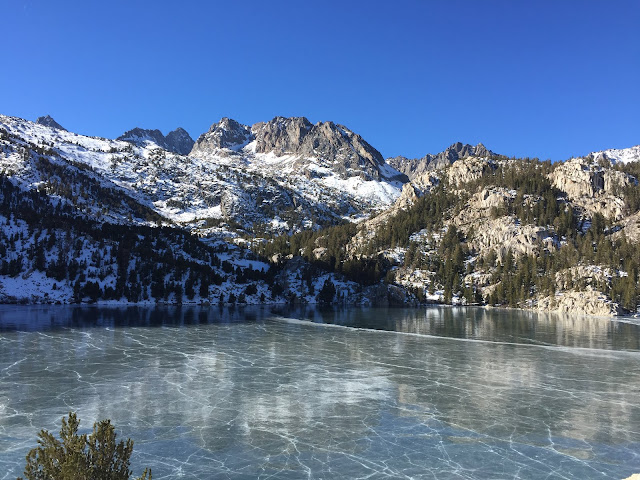 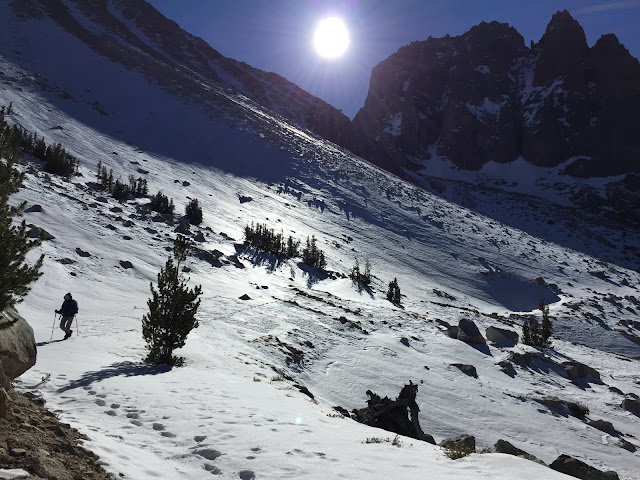